With the way the world is today, it’s a wonder how everyone isn’t on antidepressants or antipsychotic medications. Every day, we are bombarded with news of how much worse the global economy is getting (Cyprus Crisis, anyone?), outbreaks of war and civil unrest and revolution, and outbreaks of disastrous diseases. Pile this on top of what today’s generation already deals with, and you’ve got a recipe for disaster.

Today’s 20-30 year-olds are bombarded with “advice” and ideas and suggestions about how they should do things in life. Everything from what university to attend, what degree to major in, who to date, what social circle to be in, what suburb to live in, what to expect in relationships, what job to get, how much they should make, what possessions they should own – all of it can become overbearing. And with the advent of social networking, we are always sharing and up-to-date on just about everything that is going on in other’s lives, so whenever someone doesn’t have a Facebook, Twitter, Instagram, or any other networking account, collectively we assume that someone has something to hide, or is anti-social.

So what is a 20- or 30-something year-old adult supposed to make of all of this and advice and suggestions and demands from their families, friends, basically the whole world?

It seems there is an upward trend of what is being called a “quarter-life crisis.” You know, like a mid-life crisis, but 10-30 years earlier. Psychological researchers are claiming the world is seeing such a trend because of various reasons, but mostly because people around this age are realizing that their lives are turning out to be something completely different than what they expected, thus leaving them feel depressed, insecure, and unfulfilled with their lives. This normally leads to drastic retaliation against themselves and the lives they have created.

Researchers and experts on the subject have defined the stages of quarter-life crisis into the following:

1. Stage one is defined by feelings of being trapped and confined to one’s current life, such as a job or relationship, or maybe even both. 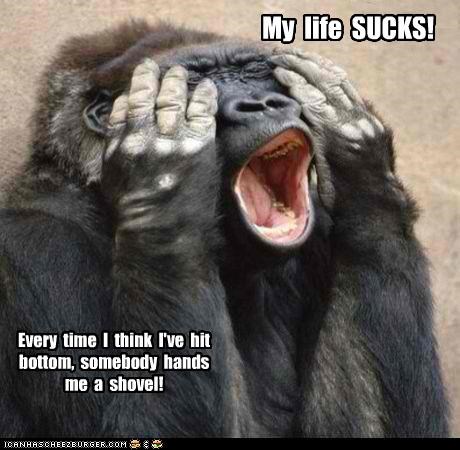 2. Stage two generally reveals that change is possible, which leads to a physical and mental upheaval from commitments and responsibilities. It leads to in-depth self-exploration, leading to positive changes.

3. Stage three is the rebuilding of one’s new life.

4. Stage four is the settling and cementing of one’s new life and commitments.

Many younger adults may be experiencing a quarter-life crisis without knowing it. No one has quite put a name on it until recently, and now that there is light begin shed on this issue, many younger adults can come out of the woodwork more unafraid than in the past and step into the light to admit that, yes, they are unfulfilled with what conventional society has taught them that they should want and strive for in life, and to change their paths in life to something more suited to themselves, to their hopes and dreams.

“The Defining Decade: Why Your Twenties Matter – and How to Make the Most of Them Now” by Meg Jay, PhD., is a fantastic starting point for anyone experiencing a quarter-life crisis. Dr. Jay’s book is separated into three sections: Work, Love, and The Brain & the Body. These three sections cover the most important parts of anyone’s life, providing real-life examples of Dr. Jay’s own clientele and dispelling myths about early adulthood particularly the myth that we all have “plenty of time” to do things when we, in fact, do not. Take a gander and read it – even if you are closer to experiencing a mid-life crisis versus a quarter-life one – and you may be surprised to find that you are one of the many experiencing the same turmoil and have the same questions others do.

Get social with Holloway Literary!

What Everyone Is Reading Today

Want writing and publishing info from the pros?